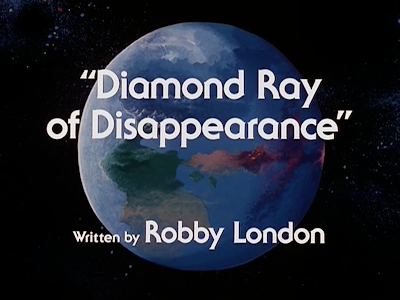 I have these DVDs of the original He-Man cartoons that I’ve been meaning to watch. They were a big influence on me when I was young, and probably helped get me interested in fantasy. I figure blogging about them a little might help urge me on. Also, before going any further, check out Robert Parker’s essay on Masters of the Universe (this is required reading). Why might this be of interest to you, even if you have no He-Man nostalgia? I’ll just quote a bit from Robert’s post:

I’m talking about intergalactic vampire warlords invading your sword & sorcery world and installing Satanic Lich-Kings in a bid for colonial rule. Pterodactyl riders with laser guns in a dogfight with UFOs piloted by serpent men. Cleaving through hordes of cyborg beast-men as we leap from asteroid to asteroid towards that leering organic castle in space.

I’m not sure if this will become a semi-regular feature or not; I suppose it depends on how much I feel like I am getting out of watching the show and if watching it leads to interesting gaming ideas. I’m starting with MU004 because it was the first episode on the first disc. All the other episodes seem to be in order, so I think this one might have aired first or something like that.

I’m not going to try to put together a coherent plot summary or anything like that here; instead, I think I’ll just range about arbitrarily, like a crazy Eternian tour guide. What’s the diamond ray of disappearance? It’s probably more interesting to leave it to your imagination. The plots are nothing to write home about, as you might expect, but the setting ideas, ambiance, and some of the character ideas are pretty fantastic. Check out that world map above. One can almost identify the ghost of the Americas, but then there is that narrow continent that extends into the “Pacific” and that is covered by volcanoes or something in the middle. You probably don’t want to hexcrawl over there until you have some levels under your belt.

Above we can see a sample of Eternian architecture, a stronghold perched on a bluish stone outcropping. Pleasingly ambiguous, this fortress or town could easily be science fiction or cyclopean fantasy.

And again, zoomed out. If you haven’t already looked at the Monster Brains post linked to in Robert’s post, it is definitely worth your time. The amazing thing about those paintings is that they actually look like the toys if you are familiar with them, but don’t look like toys otherwise.

Giant purple spires of rock, swept slightly to the side as if blown by wind. Plains of dark green vegetation, thick like a woman’s hair, waving slightly in the breeze like seaweed underwater.

Here is Castle Grayskull, the home of The Sorceress and the source of He-Man’s power. Perhaps He-Man is a somewhat naive warlock, being used as a vessel to defend the lands of civilization? Magic item power sword idea: every time the transformation is invoked, a saving throw must be rolled to avoid rolling on a mutation table.

Color is such a powerful aesthetically unifying tool, but something that is often not consciously brought into tabletop RPG play, other than for use as an occasional descriptor (“the man with the red cloak”). I wonder how effective it would be to take a cinematographer’s approach to setting design and consciously attempt to apply different combinations of colors to various settings or setting areas? Jack over at TOTGAD likes to apply “taste, sound, image” to each of his area descriptions (example: What Ulverland is Like). Why not add a few colors, too? The putrescent swamp: pale green, dark purple, dark blue, and gray.