Advancement as happens in most other RPGs is very limited in classic Traveller. Improving abilities and skills happens during downtime in much the same way as during character creation: in blocks of 4 years. From Book 2, pages 42 and 43:

Limited personal development and experience is possible in the sense of increasing abilities and skills. Such potential for increases is possible in four specific areas, only one of which may be attempted at one time: education, weapon expertise, other skills, and physical fitness.

In each field, the character selects a four-year program of self-improvement, dedicating his or her endeavors in something like obsession, with the general goal of self-improvement. Because individuals do not always have the will to continue with such a program, there is the chance that the program will be planned, but never actually carried out. After the general field has been chosen, the character must make a dedication die roll.

Physical Fitness: Because many individuals find a regimen of physical conditioning unrewarding intellectually, a dedication throw of 8+ is required (DMs of +2 if intelligence is 8-, and 4 if intelligence is 5-). If the throw is achieved, the character increases his three physical characteristics (strength, endurance, and dexterity) each by 1.

8+ is a 41.67 percent chance of success. I find this particularly amusing given my recently mentioned desire to start a fitness blog. (For the Traveller-uninitiated, DM stands for dice modifier.)

I have been slowing making my way through classic Traveller. Though I’m not speeding through the text, I am enjoying it, particularly the sober approach to character power. What follows are my impressions of Book 1: Characters & Combat. All dice in Traveller are d6s.

The life path character generation system is the primary reason I became interested in classic Traveller (the secondary reason is for historical knowledge of RPGs: Traveller is one of the first sci-fi games, maybe second after Metamorphosis Alpha). I gather there is something similar to the life path system in Warhammer Fantasy but I haven’t gotten around to reading that yet.

Character skills are selected by choosing a career and then rolling for what happens during that career before play starts. The career options are almost all military: navy, marines, army, scouts, merchants, and other. This also gives all characters the framework of a backstory with no work required. Famously, one can die during character creation in Traveller (or take significant penalties due to aging). This is not as silly as it sounds. Once you have used the system, you will realize that danger is required to balance the utility gained from accumulating skills.

The analogue to D&D’s ability scores are called characteristics. The characteristics are strength, dexterity, endurance, intelligence, education, and social standing. They are generated using 2d6 in order but then are modified by life experiences and aging. The max score for any ability is 15, or F in hexadecimal. Using hexadecimal makes possible the universal personality profile (or UPP) which uses a simple string of characters, one per characteristic, to represent a character. You have to memorize the standard order of characteristics to understand UPPs, but that should be easy for anyone who has played D&D. For example, a very strong but otherwise average character might be represented as B77777. That’s pretty slick.

The combat system is very simple and has some interesting aspects. To attack, you roll 2d6, add bonuses for characteristics and skills, apply penalties based on the opponent’s armor, and if your result is 8+ you hit. Damage is applied to physical characteristics; there doesn’t seem to be a separate health score or hit point total. This also means that as you take damage in combat, your combat effectiveness decreases (which is realistic, but seems like it might lead to death spiral situations). When one characteristic is reduced to 0, a character is incapacitated. Two characteristics at 0 results in a wound. Three at 0 and the character is dead. (This sounds like it could be used as an interesting set of house rules for D&D using strength, dexterity, and constitution.)

Most weapons do several dice of damage, so like in OD&D a single average hit is likely to incapacitate an average character. There is armor, and it makes characters harder to hit rather than absorbing damage. High-tech weapons can do significantly more damage (for example, a laser carbine does four dice of damage).

The tactical relationship between combatants is tracked by a distance system using range bands, which is sort of halfway between imagining everything and using a full two dimensional combat grid. It’s an elegant compromise, and I can easily see using this in D&D for some situations (especially in the wilderness) though it does not support things like flanking and area of effect very well. Morale applies to PCs too, which is one mechanical use for social skills like leadership.

There’s really not much sci-fi in book 1. The play example could just as easily be set in modern day New York (there’s a bar, and some taxis). Even the equipment list is pretty low-tech. Sure, there are a couple of laser weapons, and a few space ships (along with mortgages!) that you can begin with but the weapons list is dominated by entries like cutlasses, halberds, and normal firearms.

I don’t think I have read much of the inspirational literature behind Traveller, because this sort of equipment does not seem to fit any science fiction I am familiar with (though it looks like fun; pirates in space). Maliszewski’s Thousand Suns, which is supposed to model “imperial science fiction” has an Appendix N which may be applicable. I have read Asimov’s Foundation Trilogy, and I’m pretty sure there are no swords (though it has been a while). I haven’t read many of the books on that list though. Somewhere (probably also Grognardia) I picked up the idea that Anderson’s Ensign Flandry series (which I have not read) is one of the major influences. This cover illustration does seem to bear that out (man, that is one bad moustache):

Book 2 is on starships. Presumably there will be more sci-fi there. It will probably be a while before I get around to finishing it, but that will be the focus of my next Traveller post.

This is my first classic Traveller character. He survived character creation! The process took me about 30 minutes (not counting making it pretty with HTML for public consumption), though it would probably be quicker the second time around. I would also probably need to buy some more equipment before playing if this was a character for an actual game.

Social Standing of 12 means he is a baron.

Based on these scores and experiences, I think he is not terribly bright or strong, but is a hard worker. His one outstanding quality is his agility. Because of those scores, I see him as thin and lithe (perhaps even athletic) but not very tough. He’s a good shot.

Most of what he has achieved through life so far is most likely based on his social station (his family probably pulled strings to get him into the army and fast-track his promotions, even though he didn’t want special treatment), so he is quite sensitive to implications that he didn’t earn his advancement. Thus, he has turned into something of a risk taker in order to prove people wrong (and this is probably responsible for his close brush with death during his first term in the army). 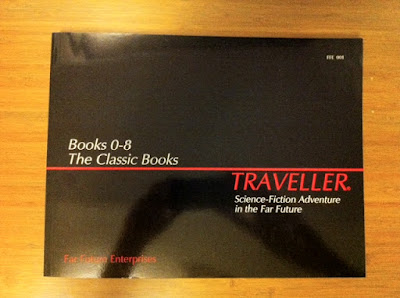 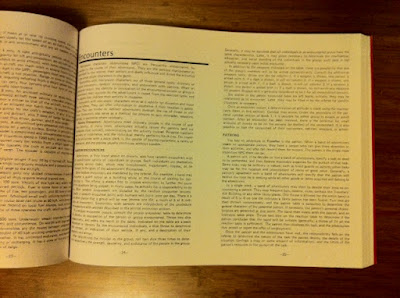