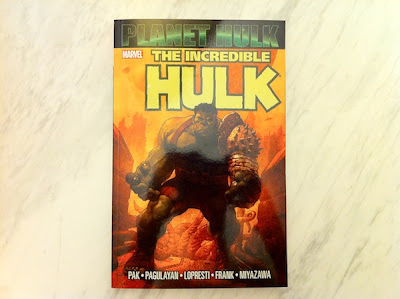 After starting to follow people in the OSR, I’ve begun to pick up a comic book now and then. I saw Planet Hulk mentioned over at Sword & Shield a number of months ago. The premise is more or less Hulk as John Carter or Hulk as He-Man. The Hulk’s friends trick him into going to another planet (because they think he is too dangerous on Earth) but the shuttle navigation messes up and he ends up on this savage Barsoom-like world instead of the idyllic planet they had originally selected. There is also an animated movie (which I have not seen). In the afterword, the genesis of the idea is described as Hulk + battle axe + alien planet, which is a pretty accurate description of the end product.

There are plenty of Hulkish themes present which work pretty well in the context of Planet Hulk. Normal people need “monsters” to save them when they are in danger, but when civilization returns, they turn on the monsters. What if the Hulk was in a world where his anger was a gift rather than a curse? There are parasitic space zombies called spikes which could work well in a tabletop game.

This is not so much a story as a pastiche of ancient Rome, Spartacus, Barsoom, Conan, and Hulk. The plot is very simple, and most of the characters other than Hulk don’t seem to have any motivation. Who is the Red King and why does he like to don power armor and fry his subjects? It is not explained; he is merely a cookie-cutter despot. There are some great cover illustrations, like this one: 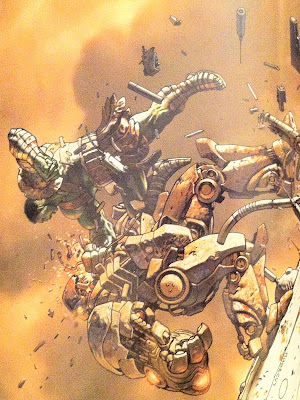 How about these dudes as red elves of Areon? 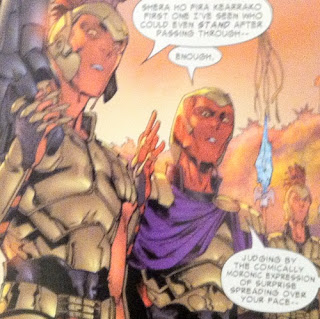 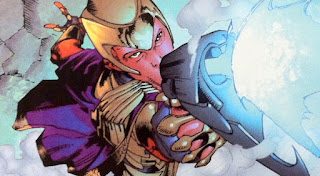 Also, the back of the trade paperback edition has something like a gazetteer of the planet Sakaar. There are descriptions of the major areas, characters, and some maps (one of the land and another of the capital city). One could easily base a pretty interesting campaign on this material. 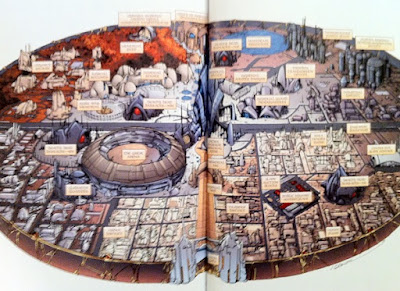 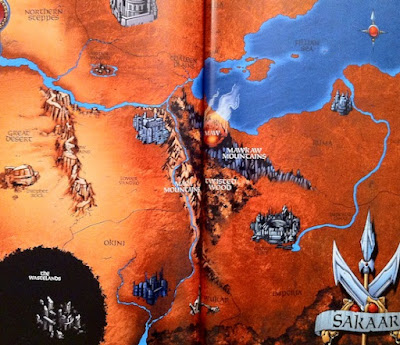