Being a campaign pitch. Other related posts can be found under the Pahvelorn label.

Several generations past, the ambitious lord Arios set out into the wilderness to extend the reach of civilization. In consultation with his sorcerer Ismahir (for all wise lords have a wizard), he selected a hill called Pahvelorn for his stronghold and raised up a mighty fortress. He drove the giants away and slayed several dragons. The populace prospered.

But then strange things began to happen around the fortress, and Ismahir was gone for months at a time. Unnatural creatures would emerge from the dark spaces beneath the castle. Other advisors begged Arios to be rid of the wizard, but he was loyal to his old companion. Then, one day, when Arios was out on the hunt, he heard a terrific roar and the earth shook. He immediately returned to his fortress to discover only a giant pit in the earth where but days before had proud Pahvelorn stood. Above, clods of dirt and worms rained down from the fortress as it rose into the cloudy sky. Ismahir was never seen again. In the pit below where the hill had once been, dark things writhed and hissed in unfamiliar daylight, even the pale light filtered by the day’s heavy clouds.

Or, so go the stories. All we know for certain is that most of the good people left soon after the castle ascended into the overworld. Bereft of family and distrusted by the villagers, Arios vanished into the wilderness with his most loyal men, seeking to redeem himself the way he first gained glory. Now, half ruined, the village Zorfath perches over the edge of the pit, the haunt of mercenaries and treasure hunters, a gateway into dark places opened by the castle’s leaving.

A shadow has been recently seen over the land, however. Crops wither where it passes. After a 101 year absence, the fortress is returning. 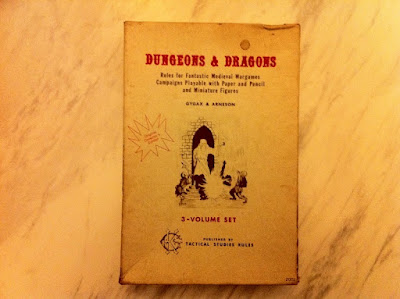 System is OD&D. The 3 LBBs plus the thief from Supplement I: Greyhawk. Human only. Proposed venue is G+ hangouts, every week or so, and would use the excursion format (so consistent attendance would not be required). Having access to a copy of the rules is not required; character generation rules will be provided.

12 thoughts on “Vaults of Pahvelorn”