Michael over at The Grumpy Troll posted this great John Blanche picture a while back that is the inspiration for an entire new campaign. The intricate line work in that piece reminded me of some eleventh century Chinese hanging scroll paintings. Check out the scale, especially in the first piece (Early Spring). Do you see the temples? What about the person? This says something about the relationship of the individual (and perhaps the adventurer, in a fantasy gaming context) to the cosmos. 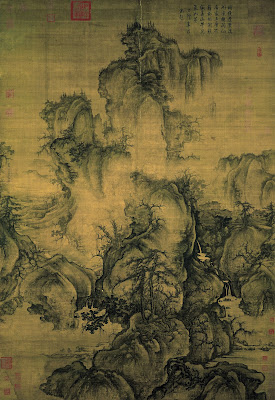 Buddhist Temple in the Mountains by Li Cheng (10th Century) 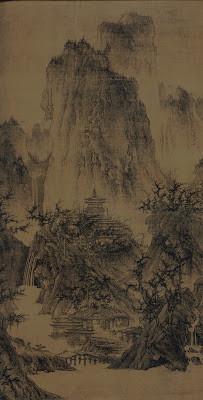