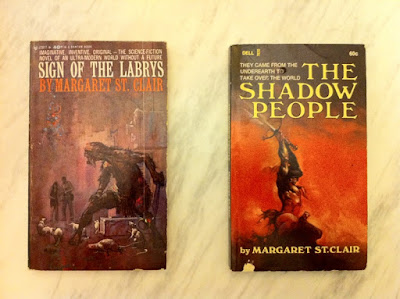 This pair of novels arrived today (birthday presents). Both are from Appendix N.

THE INVASION OF THE HALLUCINOGENIC PEOPLE FROM UNDEREARTH!

The had existed from time immemorial, hidden in a space warp far beneath the surface of the earth. Until now, their only form of nourishment had been a strange hallucinogenic grain. Now, they hungered for human flesh. The earth was to be their stockyards and mankind their meat…

Earth was a weird and dire place after the plagues. The few humans who survived could not bear the touch of each other; they lived in the enormous, endless caverns hacked out of the bowels of the earth for the bombs that never came.

Oh, and on the back of Sign of the Labrys we are treated to this charming advertisement: 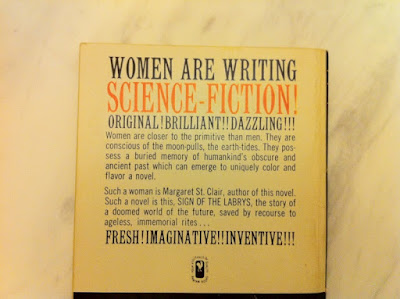 It is easy to forget how much society has changed over such a short period of time (this book is copyright 1963).