This was a picture I drew of a first-level magic-user. I don’t think he ever saw play. (Yes, that’s a sword. I don’t think he was very good with it. I have something of a tradition of making magic-users with swords, but not as awesome Jedi fighter-mage types. My longest-running character that I can remember was an elf wizard who was convinced he was a sword-master, and constantly had to be protected from himself by the rest of the party.)

One of my favorite parts of character creation is the illustration step. Sometimes, like in this case, I will draw a picture beforehand, as the inspiration for the character. Other times, the picture comes only after the character has been in play for a while, and has had a chance to develop a personality organically (and acquire some interesting possessions through play). I also like to draw NPCs, but that usually ends up being a bad idea, at least at the beginning, because then players assume that the NPC in question is important. 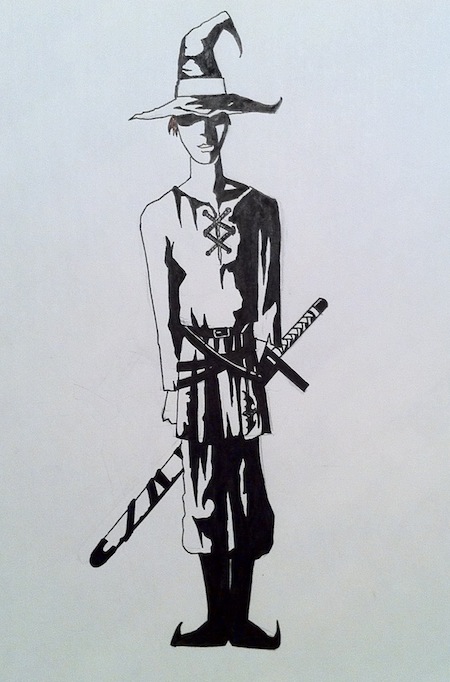